What Is App Store Optimization ??

Hey guys, in this blog post we’re going to talk about App Store Optimization (ASO). if you’re familiar with the idea of SEO, which is search engine optimization, then ASO would make a lot of sense to you.

What App Store Optimization allows us to do is to make our apps being more visible on the App Store or Google Play or Microsoft Store. So a soul is getting more exposure and making our apps stand out on the store resulting in more downloads resulting in more revenue and growing your app business.

If you remember the basic concept of Search Engine Optimization is straightforward, your website is index in the Google search engine result page at the top. So when people search for a specific keyword, your website shows at the top of the index, and then you would get that click. The idea is the same people search for a specific keyword, and they should be able to see your app.

Now with an SEO for the search engine, there are some things you can do, for example, the keywords the backlinks and stuff like that would help the reputation of your website. When it comes to the indexing, of course, no one knows the exact formula behind Google’s index, and that’s the most valuable kind of Google’s asset. I would say, but we sort of can guess for example the age of the domain and stuff like that would play a role in the final results.

I have found for App Store optimization these are the main things, that play a huge role, and you might want to take note. Now write these down because every time that you want to make your app more optimized for the store. You need to go through this checklist and make sure that you have at least every single item well implemented or improved. So let’s go through them one by one.

The first thing is the app title – the app title is essential because that’s one of the main things that people see. When they search for a query, then your app title should define. What your app does, it should be something that makes sense. You should have the most relevant keywords of the market in the title of your app.

App description – this is an essential one as well because when people look for something on the App Store, they use words on the app stores to search for apps. So the description plays another significant role in the app indexing. If you remember with search engine optimization description is the content of your page, but here is the description of your app. 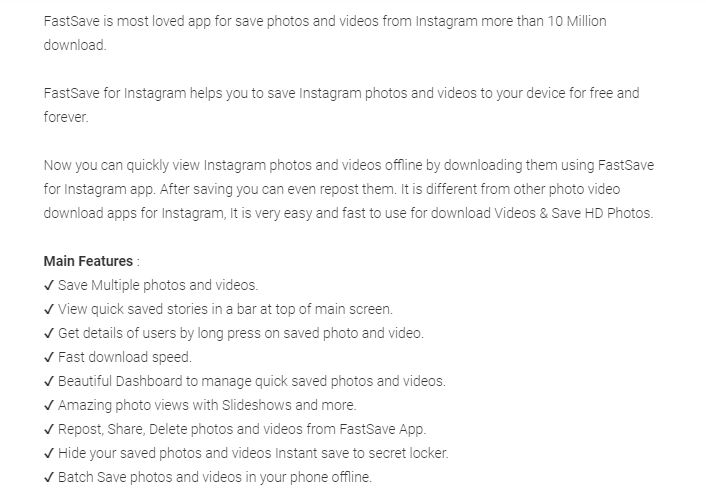 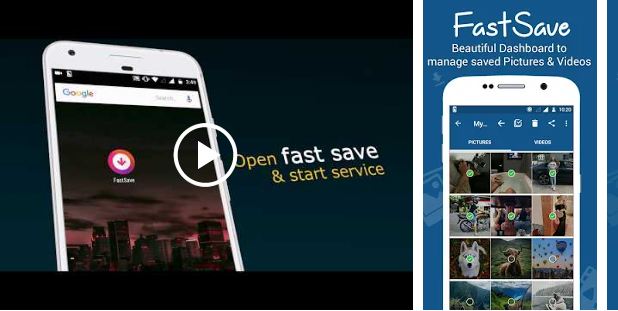 App reviews – you get from people Google, Apple, and Microsoft rely on reviews heavily. If you get a lot of user reviews is dead, and your app would have a way better indexing position. Of course, if the ratio of good to bad reviews is very high, this means that you’ve got a lot of good reviews more than batter views. Then this is item only can give you massive leverage okay.

Now let’s talk about back links – we had the same concept in the SEO world and back ends are the web sites or maybe even other apps. It’s a grey area for our apps with Google app indexing and stuff, but let’s says if the other website and properties link back to the app listing. So if there are a lot of web sites visually reputable web sites giving links to your app listing page then at Google and app store they look at that as kind of social proof that your app is a good quality app, because let’s not forgot and their Google algorithm is designed in a way to pick the best apps in the market and show them to the potential users. 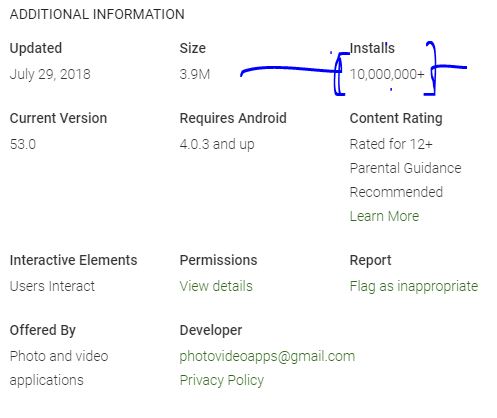 Last but not least is the keyword – some stores they allow you to put in some keywords like Microsoft Store. You can define some relative related keywords in your app listing. I think IOS does that as well; I’m not sure. But relative keywords play an important role not as important keywords that you use in your description and title, but it plays a role that’s why they have it there.

App icon – this is an essential one as well because when you search then what people see is your app title and icon. Before clicking and reading your description and looking at your screenshots, another thing is screenshots could also be the new video capability, which both Google and Apple rolled out. Google actually and they had it for quite some time, but Apple recently added with IOS 8. So screenshots could be the video about that you make the demo video for your app as well. So that’s the same thing, but the app icon needs to be compelling. It needs to be relative to your app and it.

Tools You Can Use For ASO

Today, I want to give you my opinion on some of the important App Store Optimization  tools. Out there, in the ASO world are a few tools that somebody uses, and there’s a lot more than not so many people use it, but one of the big ones is “Sensor Tower “another one is “Mobile Action” & then there’s an “App Annie”, and there are other tools too. So I want to give you my opinions on these tools, it’s my opinion might be different than everybody.

I encourage all of you to try them now. Right now, I’m a free trial for all of these services. I don’t have any problem I don’t have a problem paying to know $100 a month or $200 a month. 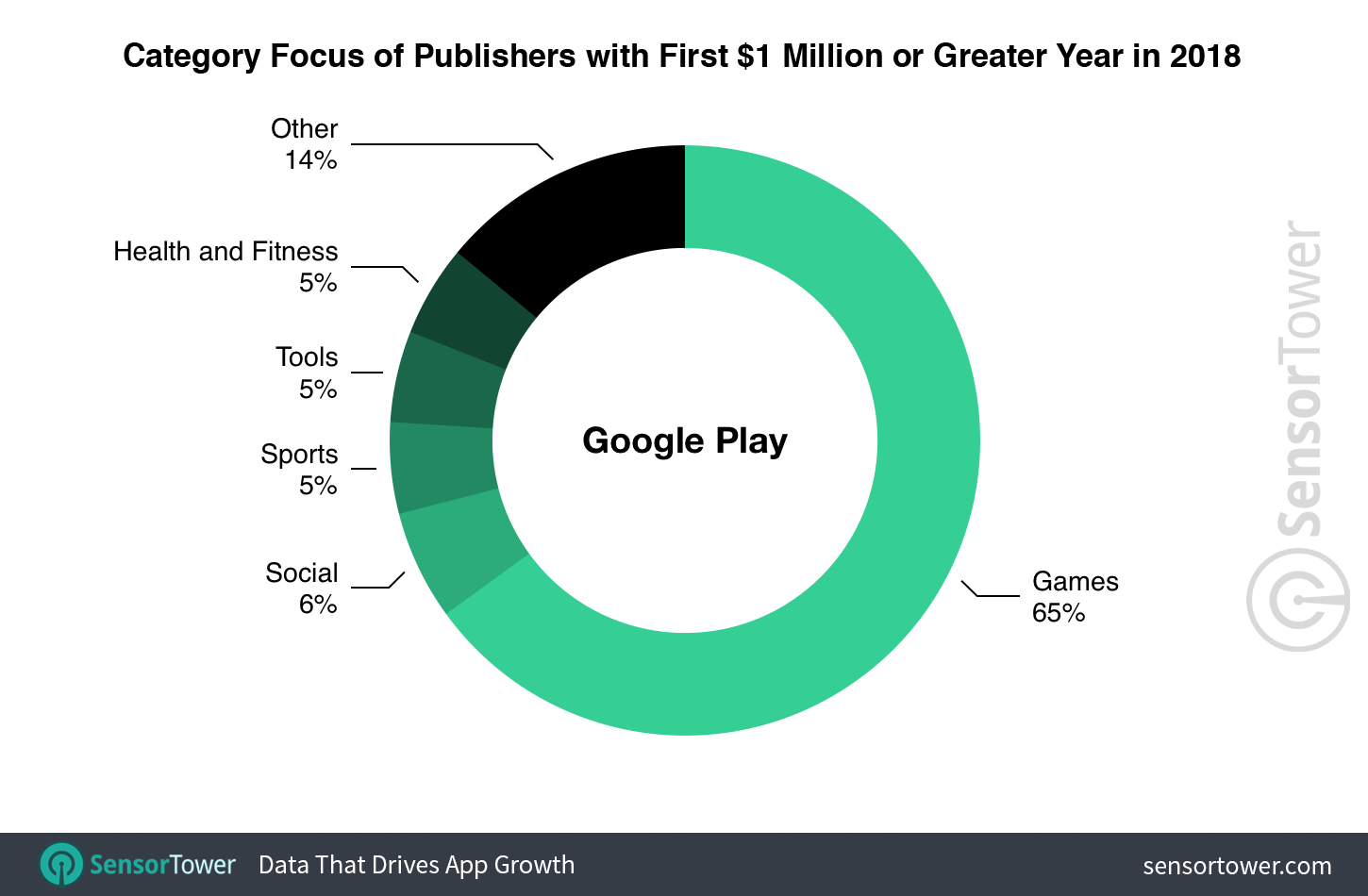 Now “sensor tower” is the big one. Like I’ve heard about “sensor tower” for year’s right. I’ve done the $80 a month tier because I have over 100 apps. So you have to choose which one you want to go. There’s one of these tools that like everybody talks about how great it is, and I’m kind of I almost liked. I didn’t want to talk about it depends because there’s how everybody deals with it. 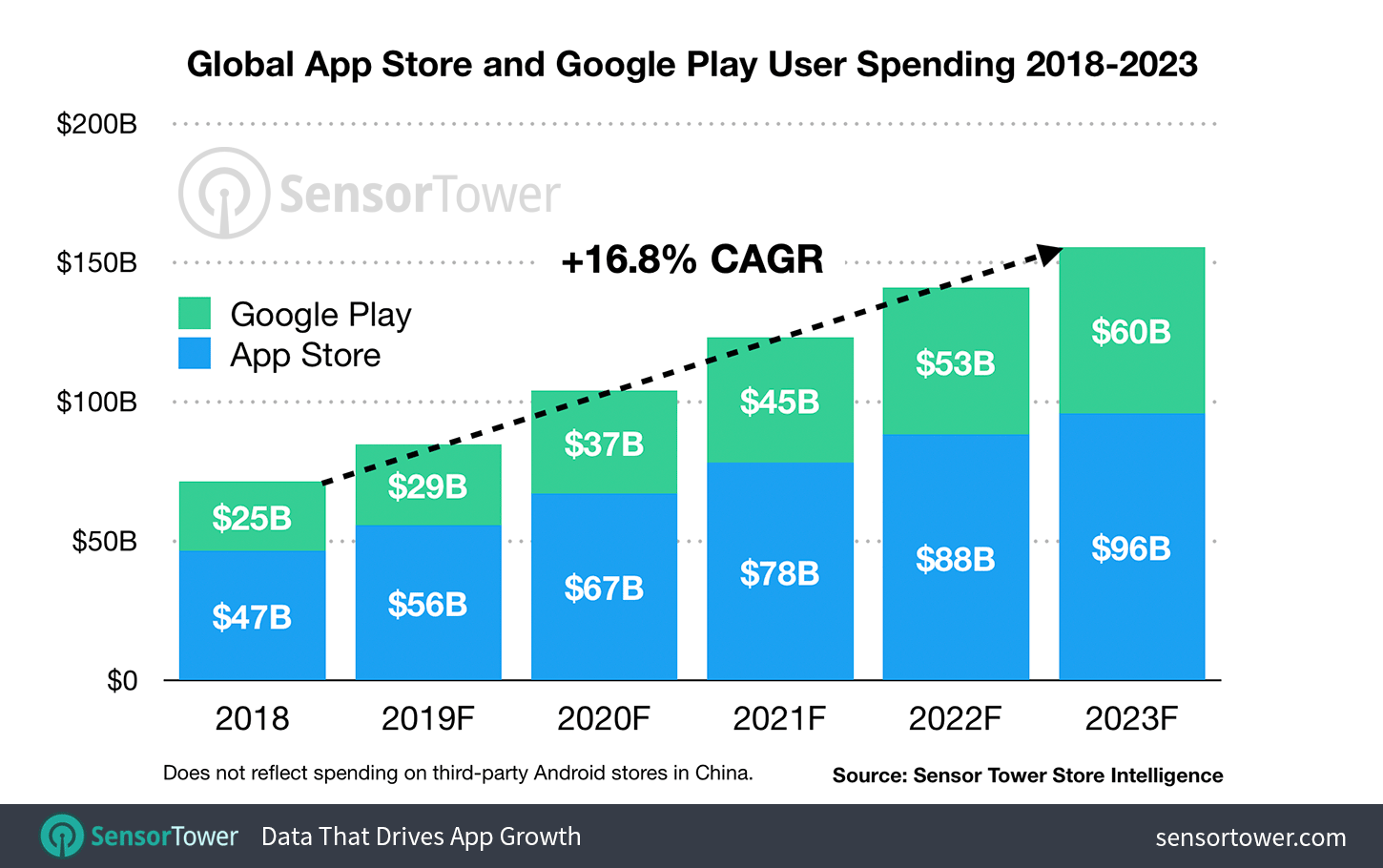 It’s something that I don’t get right. So I go, and only my biggest problem is I find it complicated. I find the interface complicated navigating around is involved. Menu up here, which I find involved but you have all of these tools. You know this is in “mobile actions” similar. So you can see like the app store rankings in Google Play rankings some of the stuff. You can see on the App Store & Google Play, but they have these useful tools like “app intelligence”, so you could go through. 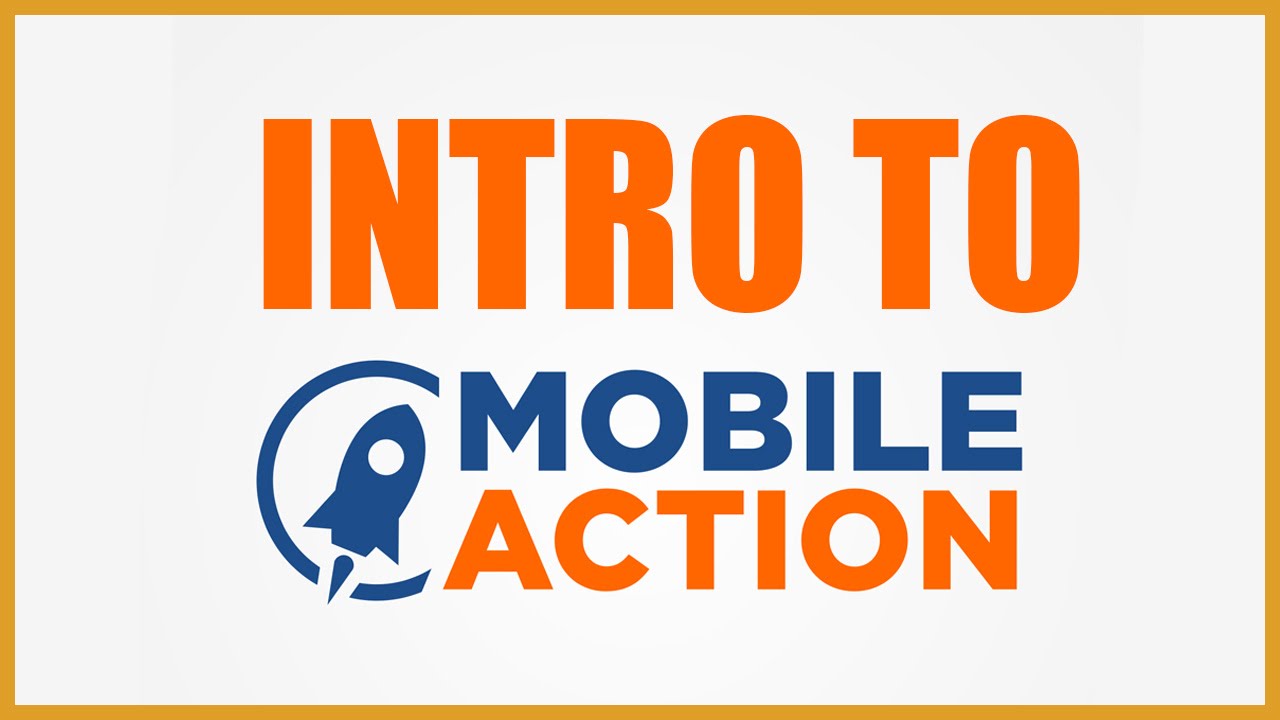 Which you know entirely, I like “mobile work” more than I like “sensor tower”. So I’ve been in mobile response, and I’ve had the paid account and everything. After a month, I hardly used it, and I rarely got any worth out of it. So I told them I want to cancel because I have no idea. What this is, I found a bunch of tutorials are really out of date. You know they got in touch with me, and they gave me a full tour of the website. 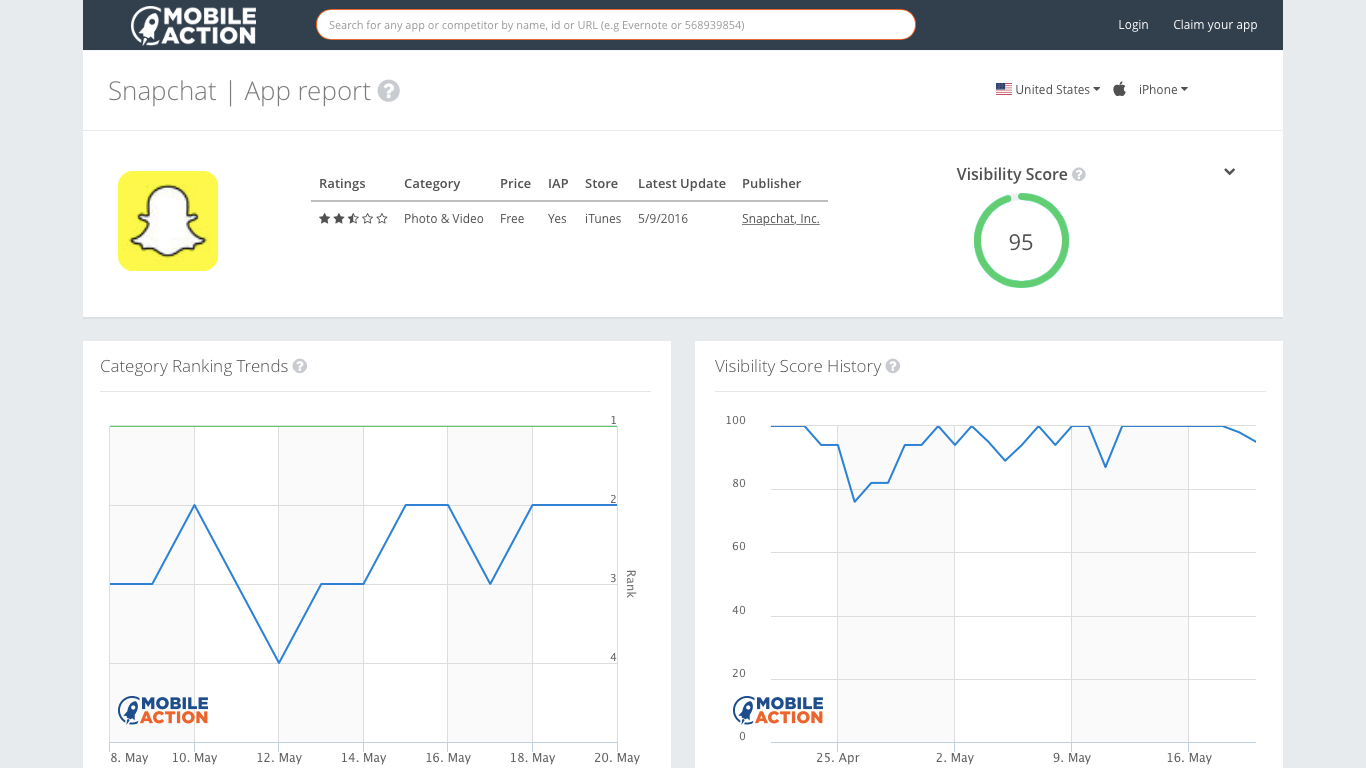 How I how to use everything and it was a lot more useful. I can see how that would work and everything, but in the end, I don’t have time to sit every day and look at these kinds of tools for the price. That they are and local action of the cost is much “sensor tower”, so I going to “sensor tower” and upgrade.

It would say you know the $80 a month for five abstract or 20 abstract. If you have you do $400 month and again if you have one application or two or five applications then you take the time to learn these tools, and you might be able to get a lot of use out of them, but I found documentation to be lacking. I saw you know tutorials and stuff to be lacking. In the end, I just gave up on both of them. 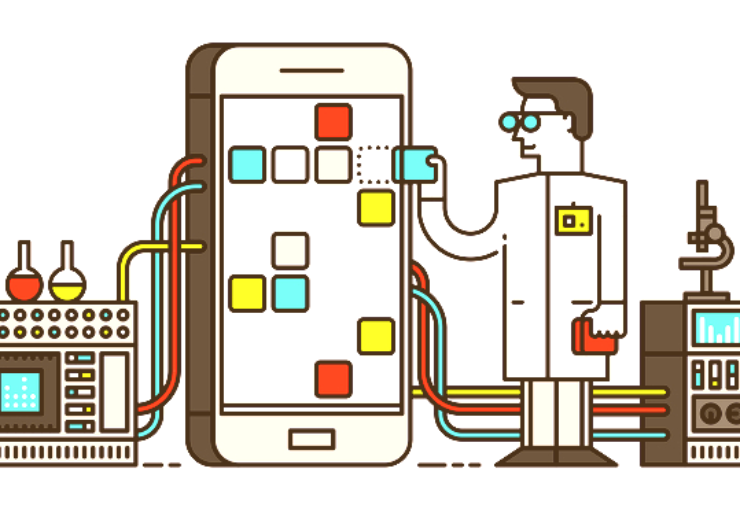 What Is App Store Optimization ?? Hey guys, in this blog post we’re going to...